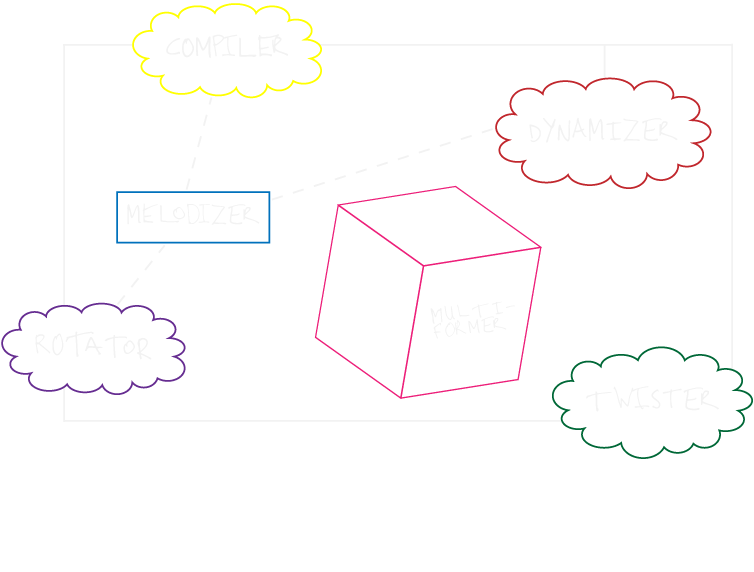 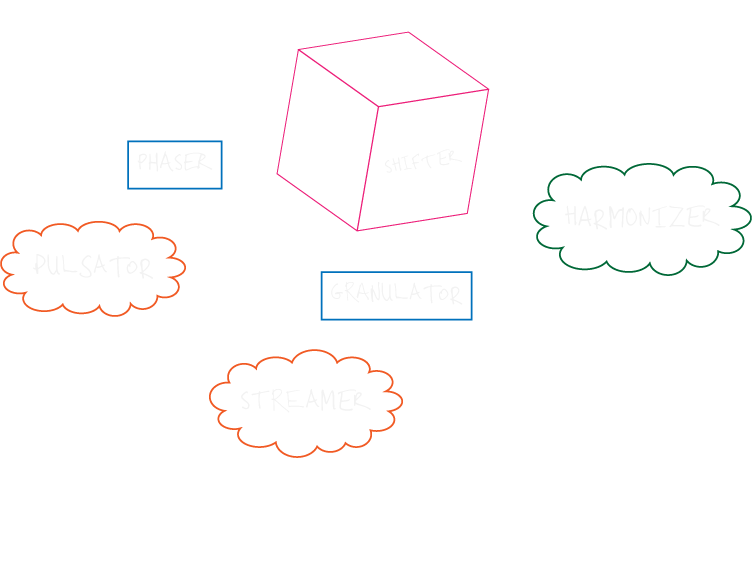 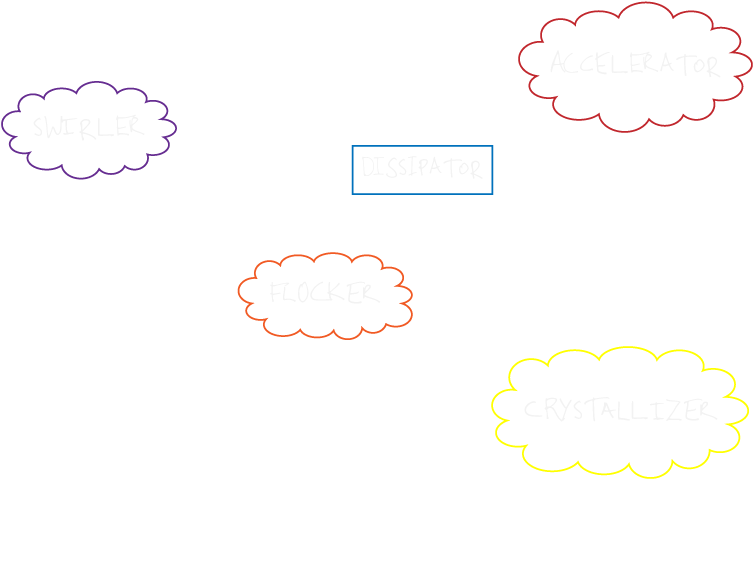 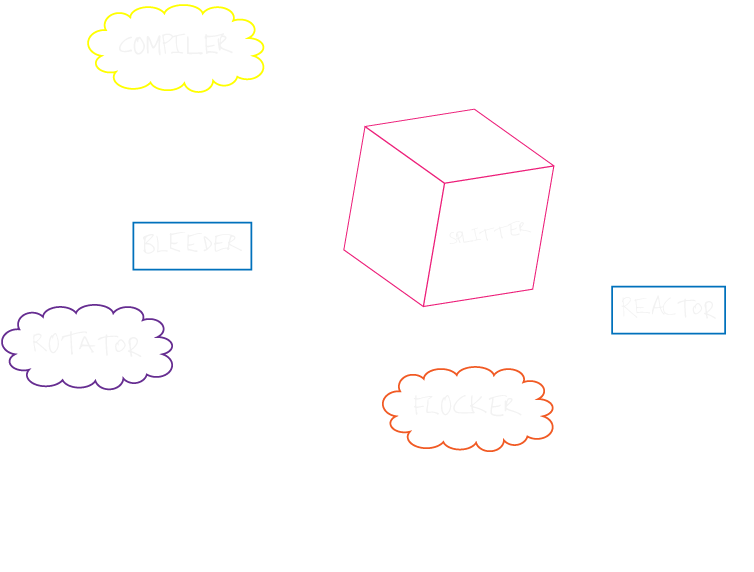 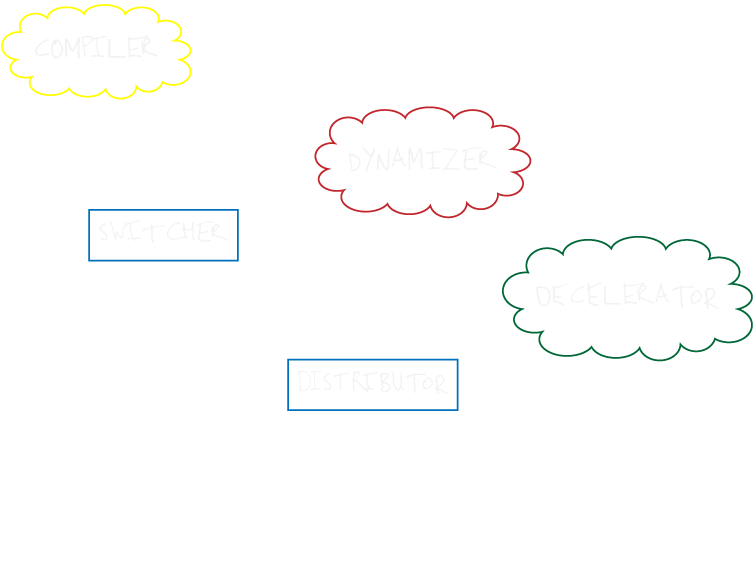 Opens with a murk of tick and growl in the synth, smearing into an abrasive of over pressured bowing in the strings. The effect is a dark, sullen texture. It transforms into pointalistic, slow-moving counterpoint, the undertow evaporating into a delicate music-box, event for event, the low synths transforming into austere gestures. Non-patterns join in see-saws and fragments, then disintegrate, as the music thins out more and more. Delicate, tiny artifacts spindle over the dark growl of the synth and bass. These are two entirely different groups of form, moving slowly against one another in miniature tectonic counter-play. At the halfway point the group unifies into a mixture of both materials, then the form returns to the original low-sounding murk, disintegrating once again into single-point collective non-phrasing. A third of the way through, a focus forms about the percussion, imbibing and returning materials from the others in short, articulated events. They are events and not phrases- materials interlock as phrases only collectively until a violin enters overhead with a harmonic melody. Slowly the materials form a clockwork around it, departing to leave only the bass tying all together in a single, multi-idea containing tremolo.

This improvisation sets its originating modulators – the attractor Twister and the connector Multiformer – in careful balance against one another. It illustrates how the modulators both limit and, through those limits, free both languages of playing and practices of spontaneous form. Multiformer has the following instructions: “create a collectively (quasi-)synchronized pattern of recurrent and conjoined territories; a multiplicity of “affective spaces” or “plateaus” that create a sense of continuum.” [from the Modulators document draft]. Here the territories are stark, and need not be more than few- there is the ticking, ___ing synth and bass in the beginning, and the delicate, gestural territories of the other strings and percussion that follow. The ensemble rearranges itself into synchronous sub-groups throughout the improvisation drawing on the continuum of the originally stated materials in an austerely focused way. Twister, the other modulator in use, instructs “Use primarily sustained sounds in “convoluted” or “confused” spectromorphological entwining, as in “coiling”, “twisting”, etc. Use slow, gradual changes of timbre.” [from the Modulators document draft]. This improvisation features one of the primordial affects of spectromorphology: the shift from rhythm to pitch found at the lowest end of the audible spectrum, originally explored by Stockhausen in the 1950s and 60s. Described in his work Kontakte, it is described: “A pulse-based noise tone wavers and falls. At the same time its frequency-filtered bright tone layer (“pitch”, essentially) becomes darker and then brighter again. Then the pitch gradually zigzags down, slows down, plays a 7-note “melody”, finally becomes individual pulses, gradually lengthening” [from http://stockhausenspace.blogspot.com/2015/08/stockhausen-on-electronic-music-wdr.html, referencing http://www.karlheinzstockhausen.org]. The “coiling” motions are sometimes construed literally, with the coiling of bow-hairs pulled sideways against the string or percussion sticks  “coiling” against surfaces, and sometimes motificly, with the zig-zag, growling and softly hocketing figures appearing throughout the improvisation.

This improvisation illustrates how the combination of two modulators creates focus by introducing uncertainty. Where it would be rare for an entirely spontaneous improvisation to feature such a highly developed principle of self-organization (although it does happen occasionally and unpredictably in improvised music’s most miraculous moments), the use of these conceptual tools allows the group to move directly into the sophisticated manipulation of form and materials, using a very sparse set of ideas, to spin out complexity.